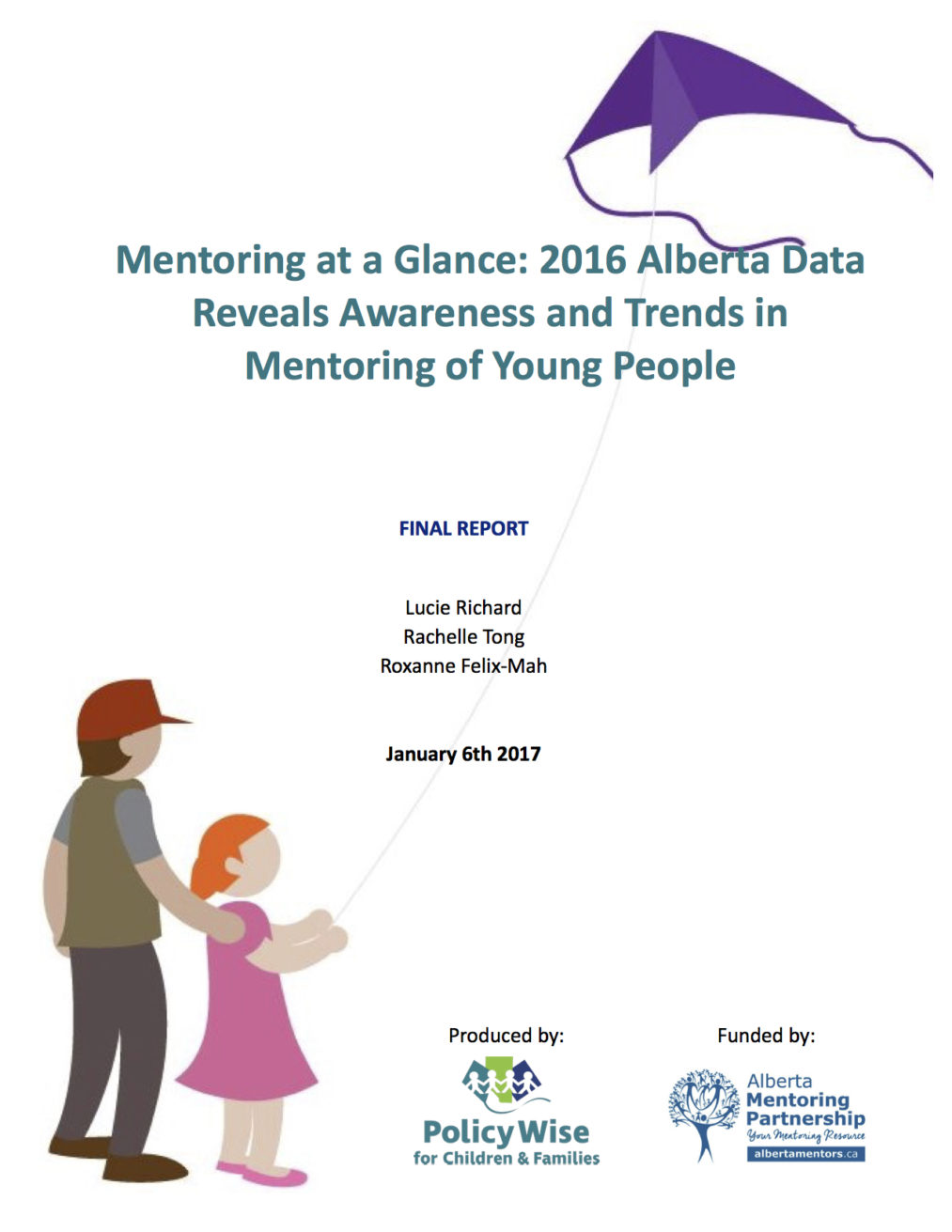 This report provides you insightful, timely, province-wide data about mentorship activities by Alberta adults, their mentorship experience as youth, the influence of mentorship when present in their lives, and their interest in future mentoring. Previously, we have often cited the work of Big Brothers Big Sisters Canada through “The Mentoring Effect” when we have needed Canadian research on mentoring. While it continues to be valuable, we are glad to have current Alberta-specific survey results.

This data will provide a very valuable baseline to the Alberta Mentoring Partnership as we seek to expand and enhance mentoring in Alberta. It likely will also have implications for our mentoring agencies in their program delivery and especially in their recruitment practices.

Some of the key findings were:

This data provides a demonstrated impact for the impact of mentoring and shows volunteers they can make a meaningful contribution via a quality mentoring program. Considering the statistics about who are most likely to mentor allows your agency to target mentor outreach and recruitment efforts.

Follow us on twitter @albertamentors to see how we are using these key messages and statistics from the Population Research Lab to expand and enhance mentoring programs.

Some of the recommended next steps for mentoring research included:

Other ways to use the survey results in your school or mentoring agency could include:

As always, we encourage you to take advantage of the free research, training, and assistance available from the Alberta Mentoring Partnership to expand and enhance your mentoring programs.

For more general mentoring research and information on quality mentoring programs, (albeit often more American in nature) we encourage you to subscribe to the fantastic Chronicle of Evidence Based Mentoring newsletter.

We want to hear from you. Send us your feedback at mentor.support@albertamentors.ca

What does this research mean for your mentoring practice? Which of the results speak to you? How can we continue to work to ensure that those half of Albertans who wanted a mentor but didn’t have access to a mentor can be better served by quality mentoring programs?

This site uses Akismet to reduce spam. Learn how your comment data is processed.