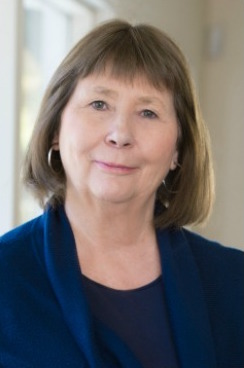 The Alberta Mentoring Partnership is very pleased to announce that one of Alberta’s innovative and passionate mentoring leaders, Liz O’Neill is to be recognized with an Honorary Doctorate in Laws from the University of Alberta on November 16,2016 as part of the University’s fall convocation.
Liz  currently serves as the Executive Director of Boys and Girls Club Big Brothers Big Sisters Edmonton and as the Co-Chair of the Alberta Mentoring Partnership.
Liz has dedicated the past 35 years to the uplifting of children in our province. Liz is a mentor for over 100 staff and 3300 volunteer mentors; and she herself volunteers her time, wisdom and experience in collaborating with other agencies (Co-Chair for the Alberta Mentoring Partnership and Alberta’s Promise), corporations (Deputy Chair for Edmonton Community Foundation and serves on TELUS and EPCOR boards), governments (Great Kids Awards) to ensure that, together as a community, we are putting our children first and providing them with the best possible opportunities to be successful.
Liz has also been a mentor to many other leaders in the charitable sector and is the chair of the Non Profit & Voluntary Sector Citizen’s Advisory Committee, Alberta Culture & Community Spirit. Her support and direction on the charitable sector in Alberta, and across the country, is regularly sought, most recently placing her on the panel for Alberta’s Economic Summit.
In addition to this recent honour, Liz has also received the YWCA Women of Distinction Award in Social Services and was named a Women of Vision by Global TV. She has received the Government of Canada 125th Anniversary Medal for Community Service, the Alberta Centennial Medal for Community Service and a Queen’s Jubilee Medal in 2012. In June 2014, Liz received a Bachelor of Arts (Honoris Causa) from Grant McEwan University in recognition as a Distinguished Citizen.
Please take a moment and watch this video, taken from the Salute to Excellence, City of Edmonton Website in 2012, and join us in congratulating Liz O’Neill:
https://www.edmonton.ca/programs_services/recognition_awards/elizabeth-oneill.aspx